Gqom and Amapiano All-Stars face off at The Sun Arena

Ayeye! The battle of South Africa’s two biggest genres is on: Gqom Vs Amapiano. If music unites then house music unites eternally. House music is constructed by many sub-genres but Gqom and Amapiano currently have party goers ‘doing the most’, as the Likers would say. However, there are music fanatics that will argue that the two sub-genres take their roots from kwaito?

Gqom and Amapiano are undoubtedly the most played and spoken about genres in the South African music industry currently. Even though the two genres come from opposite sides of the house music spectrum, they both emerged from the townships- in Durban and Pretoria respectively.

iGqom was conceived in the backrooms of then up-and-coming house producers in Durban and found an audience in people who lived in the townships. This genre of electronic dance music emerged in the early 2010’s. It developed out of South African house music, Kwaito and Hip-Hop. Gqom is typified by minimal, raw and repetitive sound with heavy bass beats. The gqom sound was popularised by artist like DJ Tira, Destruction Boyz and Babes Wodumo to name a few.

From taxi rides in Soshanguve and Mamelodi to street bashes in Mapetla and Mohlakeng the Amapiano sound is re-forming the sound of house music in South Africa. Amapiano is a new sound which seems to have originated in the capital city of Pretoria. The sound which is known as “Amapiano” is a mix of deep house, Qqom all mixed in with the Jazzy, soulful sound of the piano. Pioneers in the Amapiano sound include Dj Maphorisa, Kabza de Small and Dj Sumbody.

The two genres have taken music in South Africa to another level, each sound captures the evolution of music culture that is inspired by the township life. The sounds of Gqom and Amapiano are not only locally recognised but have inspired international artists and DJs who have either drawn inspiration from the sound or dance moves associated with the genres.

Tickets: Available at Computicket from R150 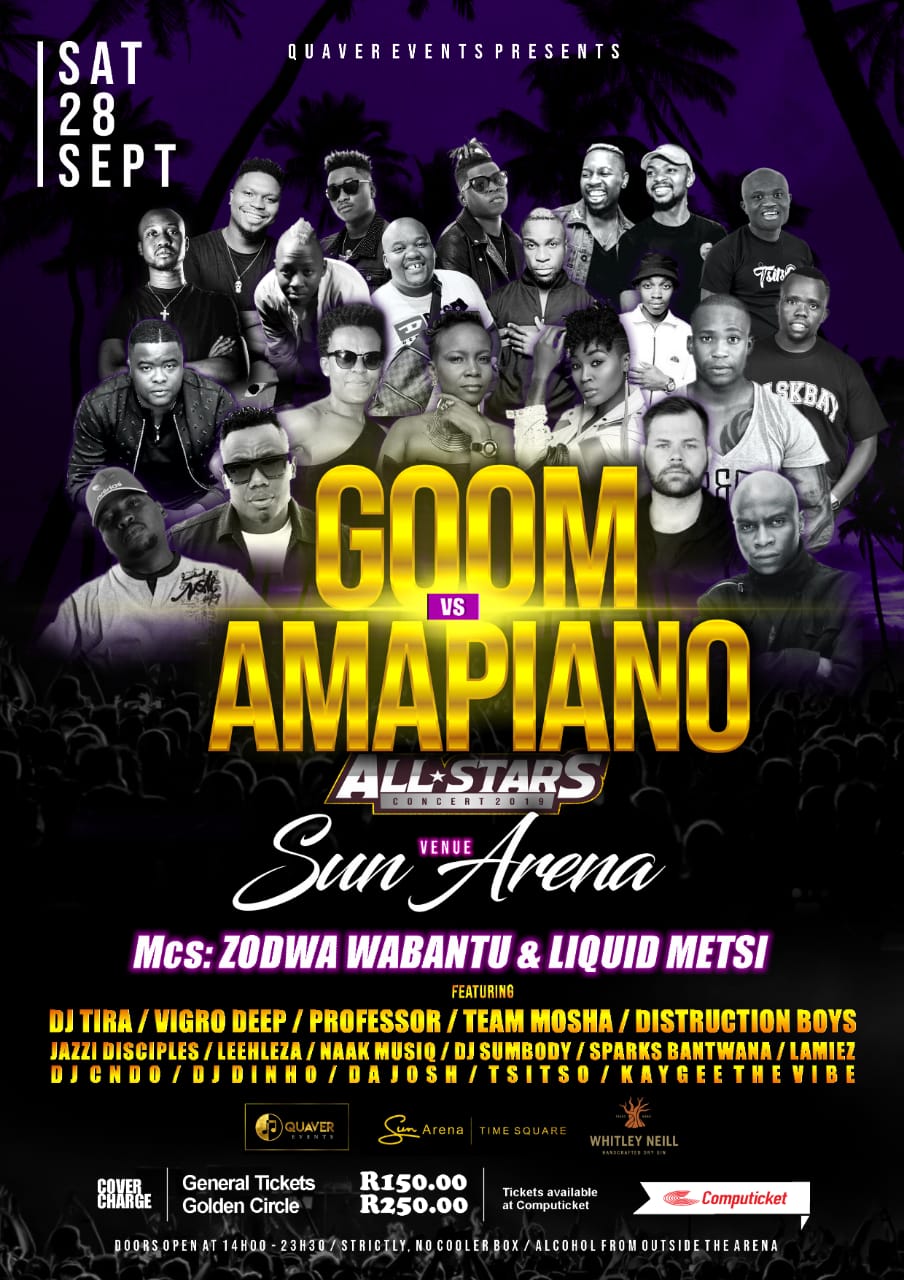 Its time to get yiut groove on. Keep it social on Quaver Events social pages below for more information and the complete lineup:

We know you are for groove! We have  5 X Double General Access AND 2 X Double Golden Circle tickets to be won.

2 – ANSWER: Tell us which genre is your favourite or who will win this battle and WHY? Best answers get golden circle!

You may enter as many times as you like.

Competition closes Monday 16th September 2019 at 5pm. Winners will be notified via email.