Earlier this year Johnnie Walker and HBO Licensing & Retail introduced two limited editions new Scotch Whiskies to the realm in honor of the enduring legacy of the critically acclaimed HBOâ series Game of Thrones. It is with great excitement that we announce that the new variants are available in South Africa. A continued collaboration with HBO, these limited-edition whiskies are inspired by the iconic and powerful houses of Westeros – House Stark and House Targaryen – and are successors to the White Walker by Johnnie Walker limited edition blend launched in 2019. 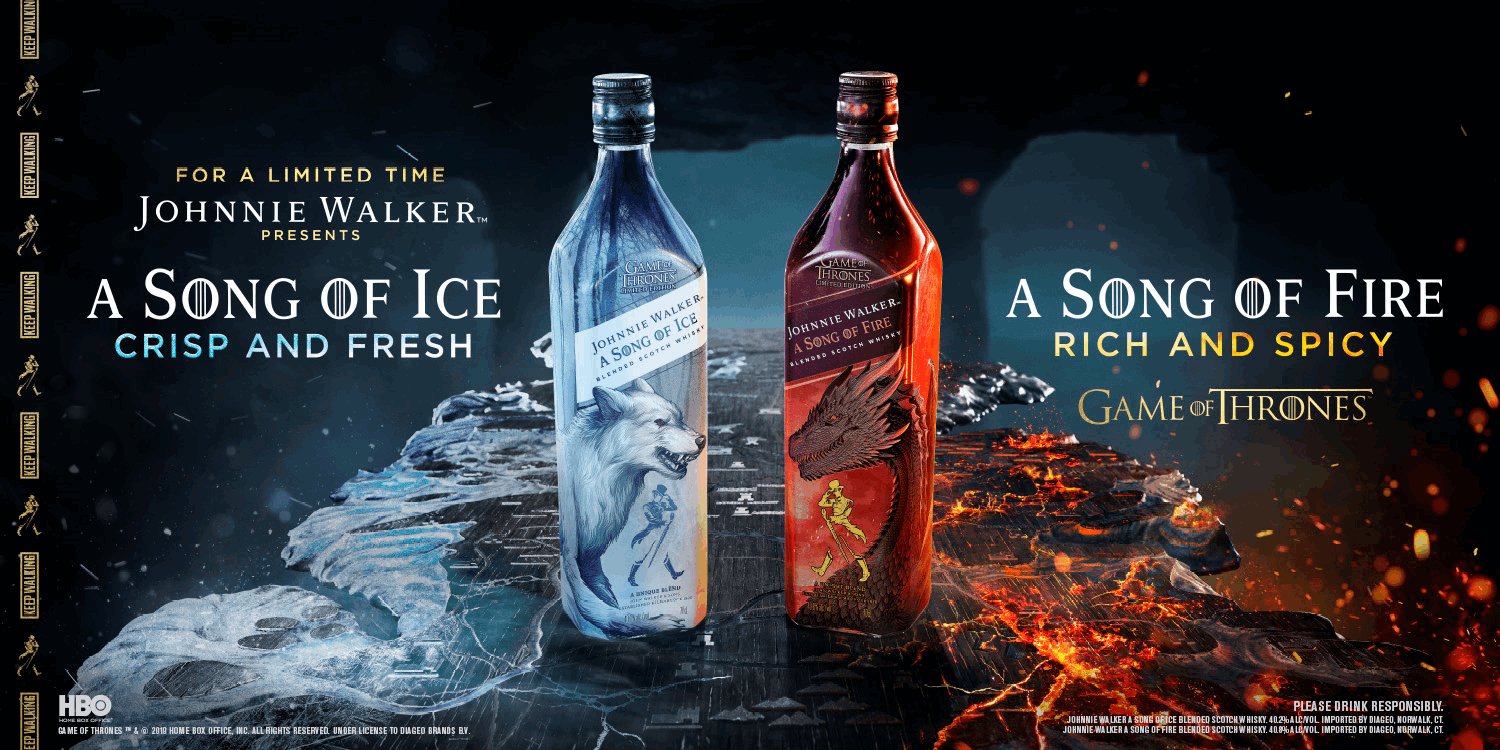 Whether in conflict or harmony, this is a tale of two great houses represented by two ancient creatures. One is a house descended from the First Men. Rulers of the North and builders of the wall, they thrive in the icy-cold climate of the Direwolf. The other, a noble family of Valyrian descent and the first royal house of the Seven Kingdoms. Fire courses through their veins and is made flesh in the form of their dragons.

From House Stark comes A Song of Ice, from House Targaryen A Song of Fire. Together, the two whiskies celebrate the dynamic relationship between the houses, represented by their house sigils – the Direwolf and the Dragon – which fiercely adorn each bottle. As another nod to the complicated interactions between the two great houses in the show’s storyline, Johnnie Walker’s iconic Striding Man uncharacteristically faces backwards on the A Song of Fire bottle, revealing a face-off with the Striding Man on the A Song of Ice bottle when paired side-by-side.

Johnnie Walker A Song of Ice features single malts from Clynelish, one of Scotland’s most northern distilleries, and exudes a crisp, clean taste like the unforgiving force of ice that shapes mountains and stops rivers. The new Scotch has an ABV of 43% and the bottle design evokes an icy setting with frosted blue and gray colors inspired by the North, known for its cold winters and frozen landscapes. Johnnie Walker A Song of Fire is rich and spicy, boasting flavors of subtle smoke from the peated malts of the Caol Ila distillery with an ABV of 43%. Inspired by the dragons of House Targaryen, feared for their fire breathing, the bottle design evokes a fiery setting with deep-red colors. 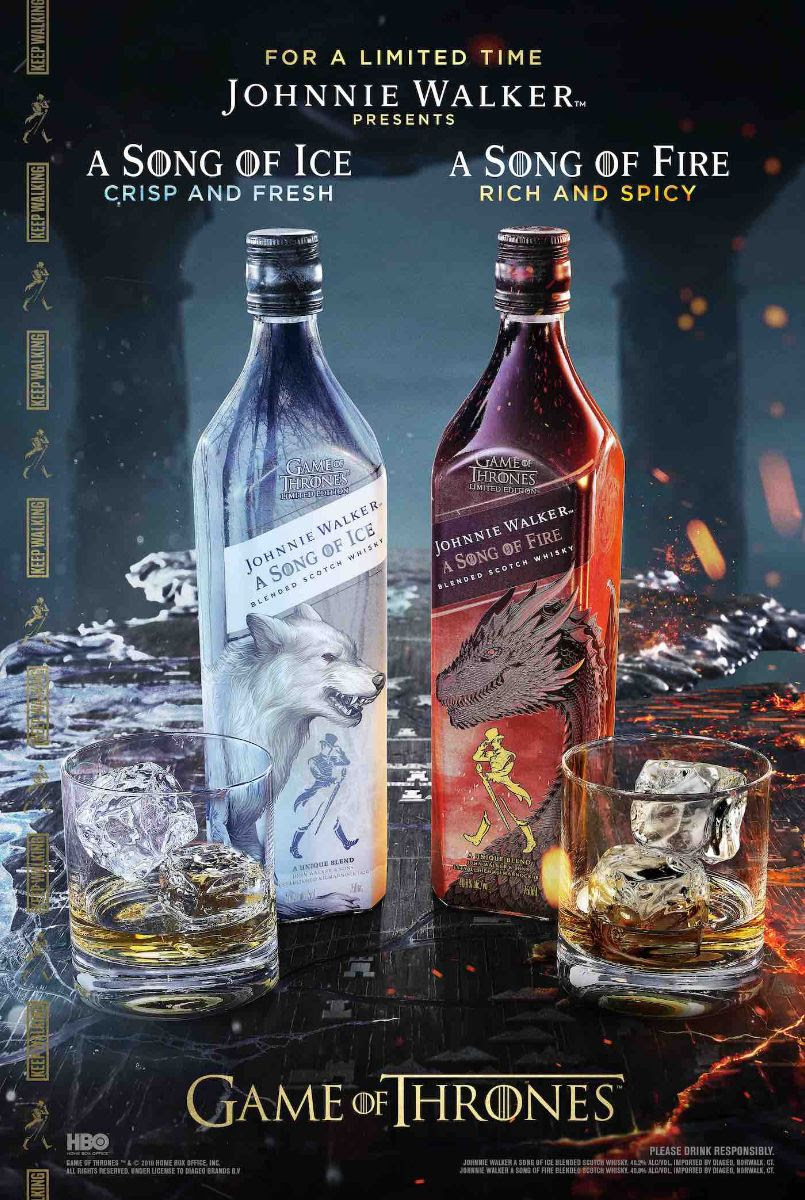 Not for sale to people under the age of 18

0
Likers Of Things Website Team November 20, 2019
No Comments Yet