Year on year Marvel fans stay glued to their screens, pack cinemas and collect all they can because…It’s Marvel Baby! South Africa, Marvel Universe is coming to you!

Calling all Marvel fans! Assemble for the live, legendary battle to defend the universe from evil. The Avengers, the Guardians of the Galaxy and Spider-Man join forces with Doctor Strange, master of the mystic arts, in a race against time to recover the Wand of Watoomb before it falls into Loki’s hands in this spectacular arena stunt show.

“We are excited to bring this incredible sensory overload of non-stop Super Hero action from all over the Marvel Universe to South Africa for the first time.” ~ Showtime Management’s Tony Feldman

Witness cutting-edge special effects, aerial maneuvers, pyrotechnics, martial arts, motorcycle stunts and vast 3D video projection in this completely new thrilling adventure. The floor show is enhanced with strobe lighting, lasers, fire and smoke along with substantial sound effects to set the location and heighten the excitement. Fans of all ages will be immersed in the Marvel Universe and experience it all with their family…LIVE! 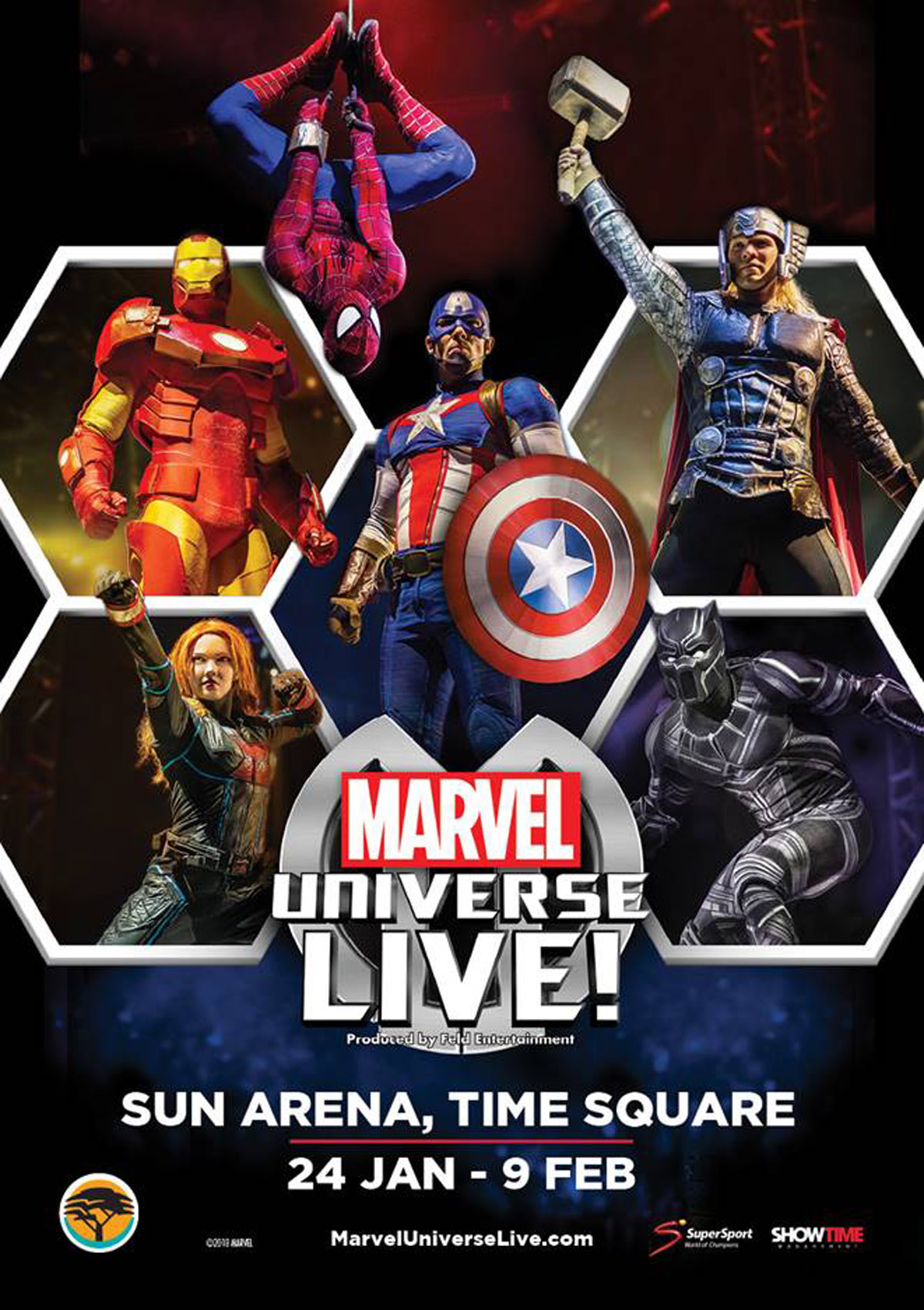 Produced by Feld Entertainment, Marvel Universe LIVE! is presented by local promoter Showtime Management and brought to you by FNB in association with SuperSport. Marvel fans…ASSEMBLE! Visit www.marveluniverselive.com for more information or keep it social on their handles below: