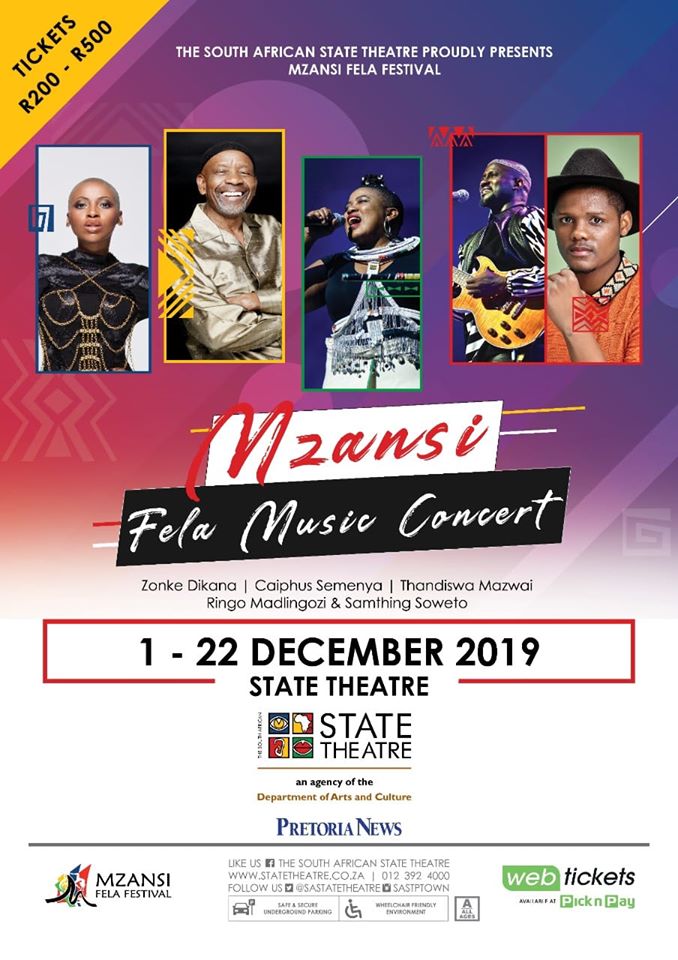 Since its inception in 2007, Mzansi Fela Festival has become one of the most anticipated festivals of the year in the Tshwane Metropolitan and Gauteng province, if not the country at large. The festival presents the most exciting feast of music, theatre, dance, comedy and poetry in South Africa. An occasion that started as a five-day event, has now developed to attract more than 10 000 people annually. It is popular for offering Mzansi’s premium talent, giving a platform to the grinding up-and-comings while acknowledging artistic powerhouses that have paved the way.

“Mzansi Fela Festival is a testament to the theatre’s commitment to becoming a theatre of choice for a distinctly pan-African experience.” ~ CEO of SAST Dr Sibongiseni Mkhize

Like in the past, Mzansi Fela’s programme this year will also kickstart by first observing World Aids Day on the first of December. KWANELE, a new production commissioned by the Department of Arts and Culture in reaction to the wake of xenophobic attacks and gender-based violence will also open on the day. The festival will be preceded by a continuation of campaigns of 16 Days of Theatre Activism Against Gender-Based Violence which would have started on 24 November, ending on 10 December.

Having been curated in 2017’s edition with his partner Letta Mbulu during their 50th wedding anniversary, legendary jazz maestro Caiphus Semenya’s feature in this year’s Mzansi Fela is solely a tribute presentation to celebrate his 80 years birthday. As a token of recognition, the State Theatre wishes to appreciate his iconic contribution to the country’s arts whilst he is still alive.

Under the Mzansi Fela banner, there is the Community Arts Dramaturgy  Outreach (CADO) Programme, which is the legacy project of the festival. Its emphasis is on the development of undiscovered talent rooted in communities, especially remote from the arts hubs. Each year, SAST’s Education Youth Children Theatre (EYCT) department branches out to communities in provinces including Limpopo, Northwest, Mpumalanga, Kwa-Zulu-Natal and Gauteng municipalities to source community theatre groups to feature in CADO. However, there is an exciting twist in this year’s programme. The best group will be awarded a season in the theatre’s 2020 Main Programme. CADO will run from 01 to 13 December. 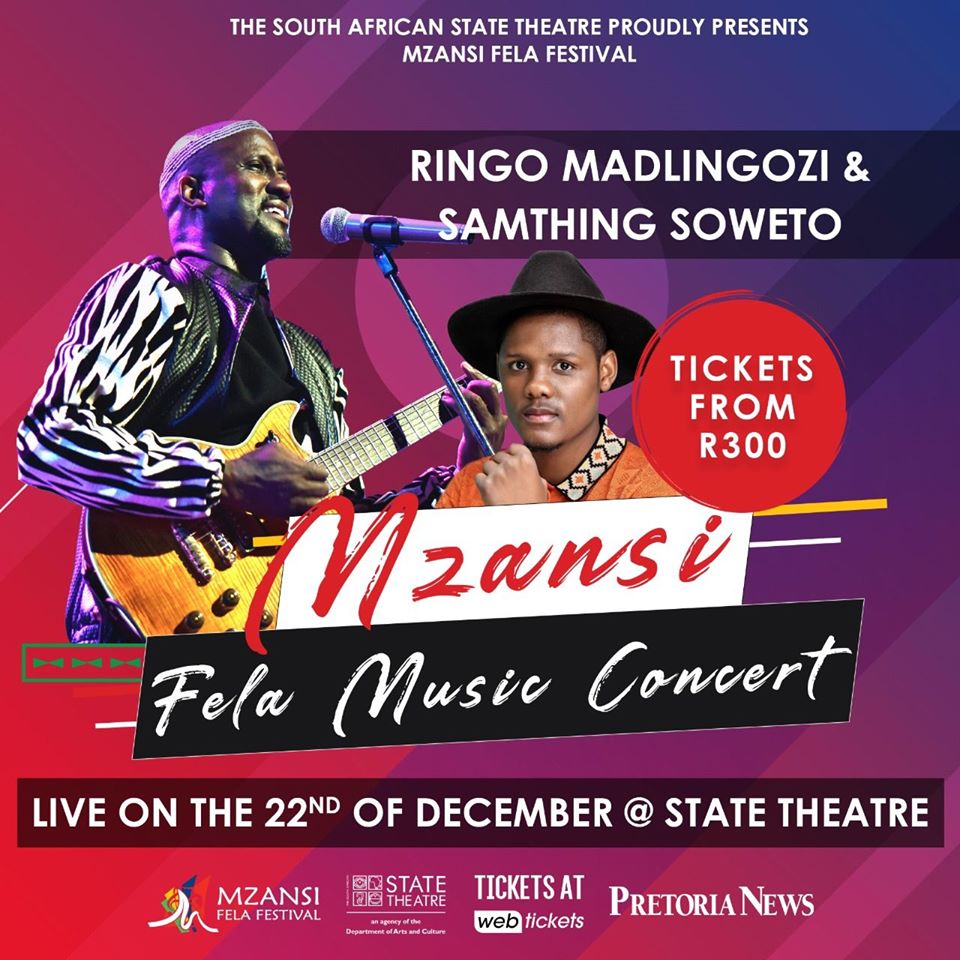 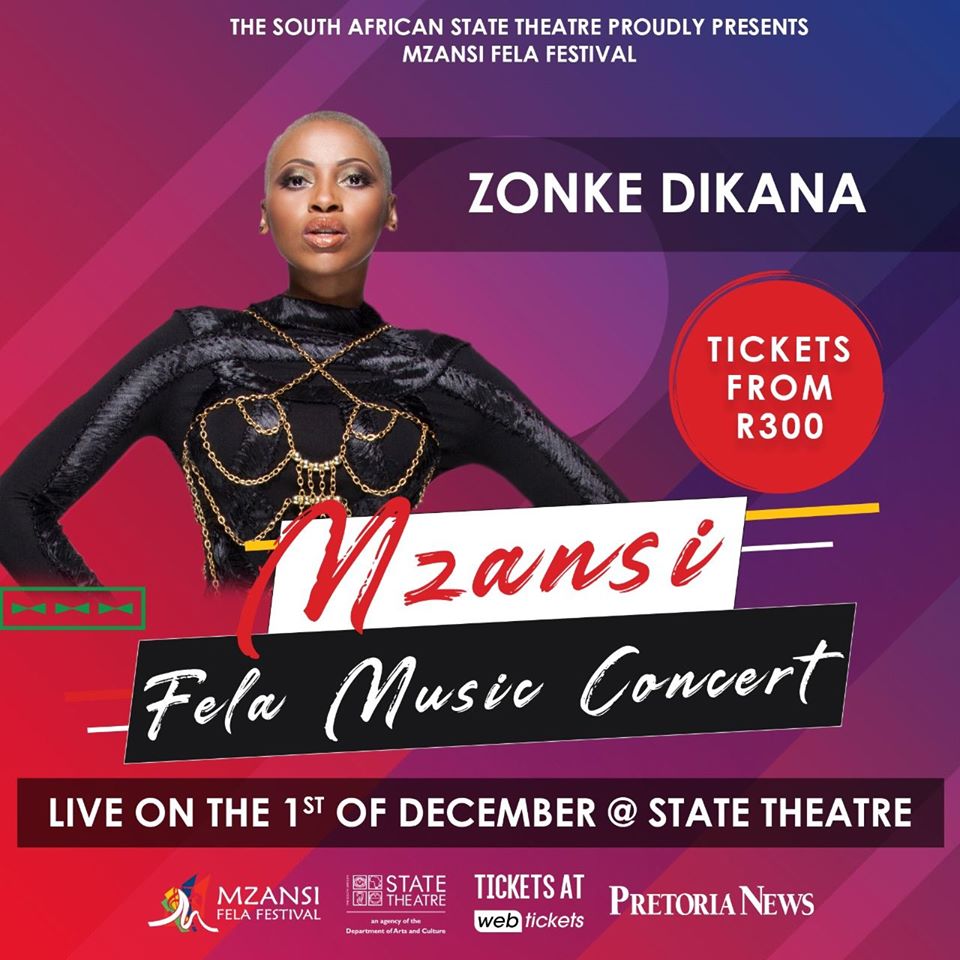 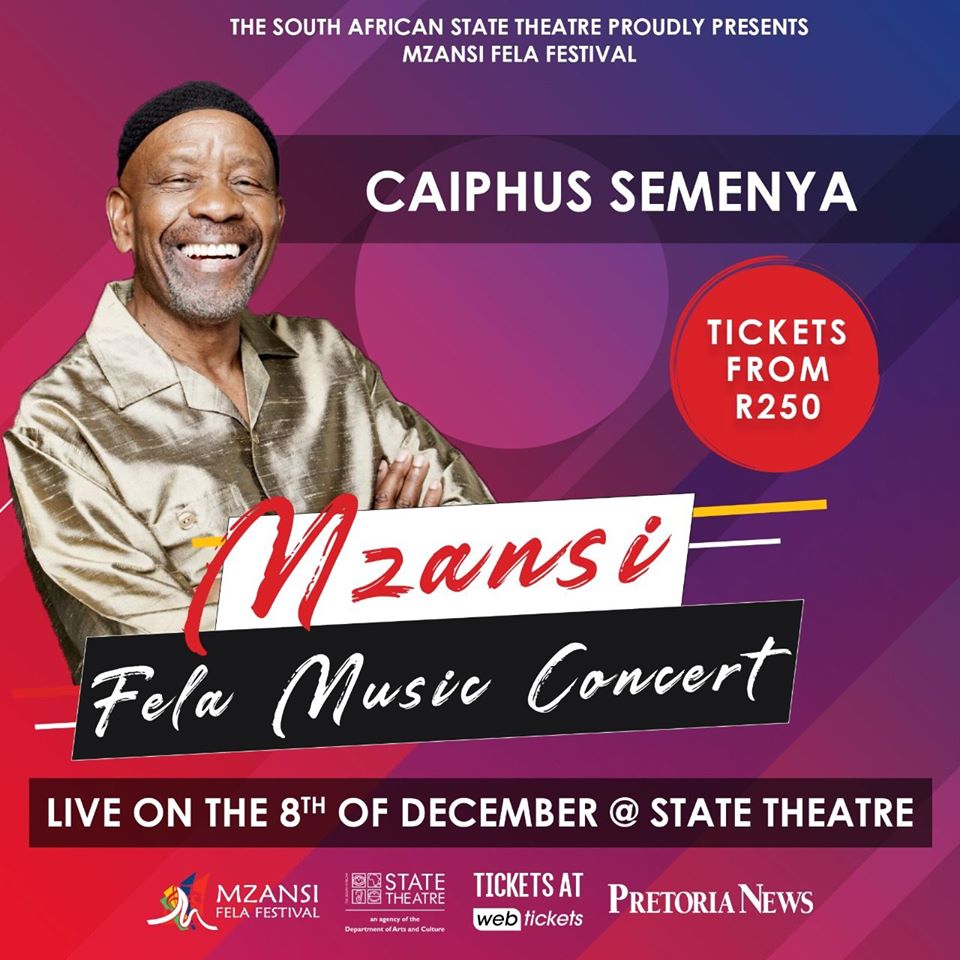 Visit www.statetheatre.co.za for more information on the program and what you can expect. Keep it social on their handles below:

0
Likers Of Things Website Team November 20, 2019
No Comments Yet