The Goliath Comedy Club: Celebrating  2 Years At The Home Of SA Comedy

Home is where laughter lives. The annual Goliath Experience celebrations remind us of the essence of life and celebration of local comedy.  As South Africa’s best friends of Comedy, Goliath and Goliath, in association with Melrose Arch and Comedy Central Africa, brings you The Goliath Comedy Experience 2018 to celebrate the 2nd birthday of the Goliath Comedy Club. 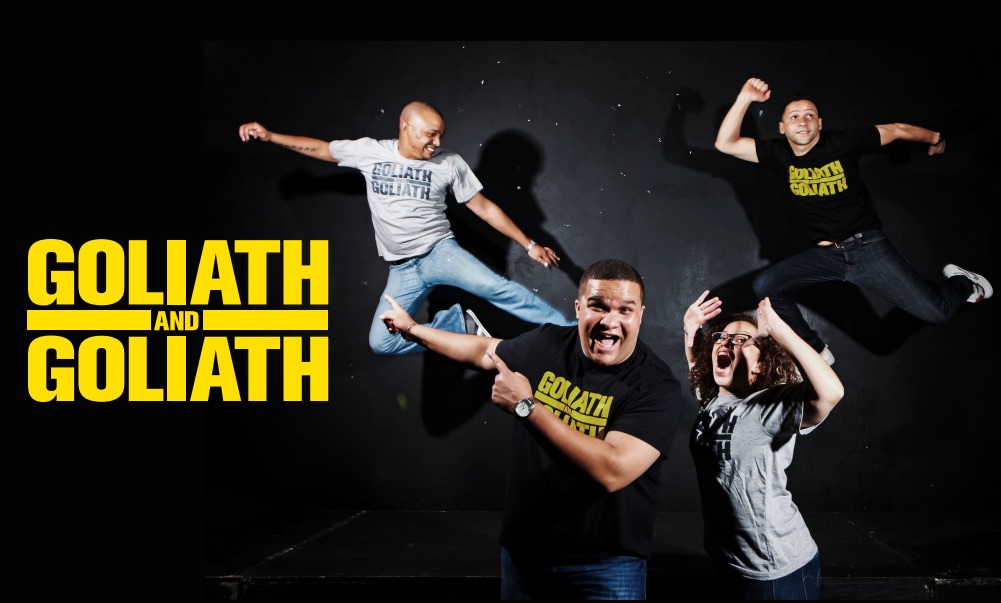 The Goliath Comedy Club, officially launched The Goliath Comedy Experience as their inaugural festival in 2016, which has become the club’s staple way of celebrating their birthday. This June, they will be spreading ‘the funny’ over a four day period with the biggest and newest names in comedy at Africa’s premium comedy club.

Comedy greats and members of the Goliath and Goliath family, Jason, Nicholas and Donovan Goliath will grace the stage during the festival and deliver material bound to leave you in stitches. Their performance will give you a taste of the Goliath trio’s country tour later this year. 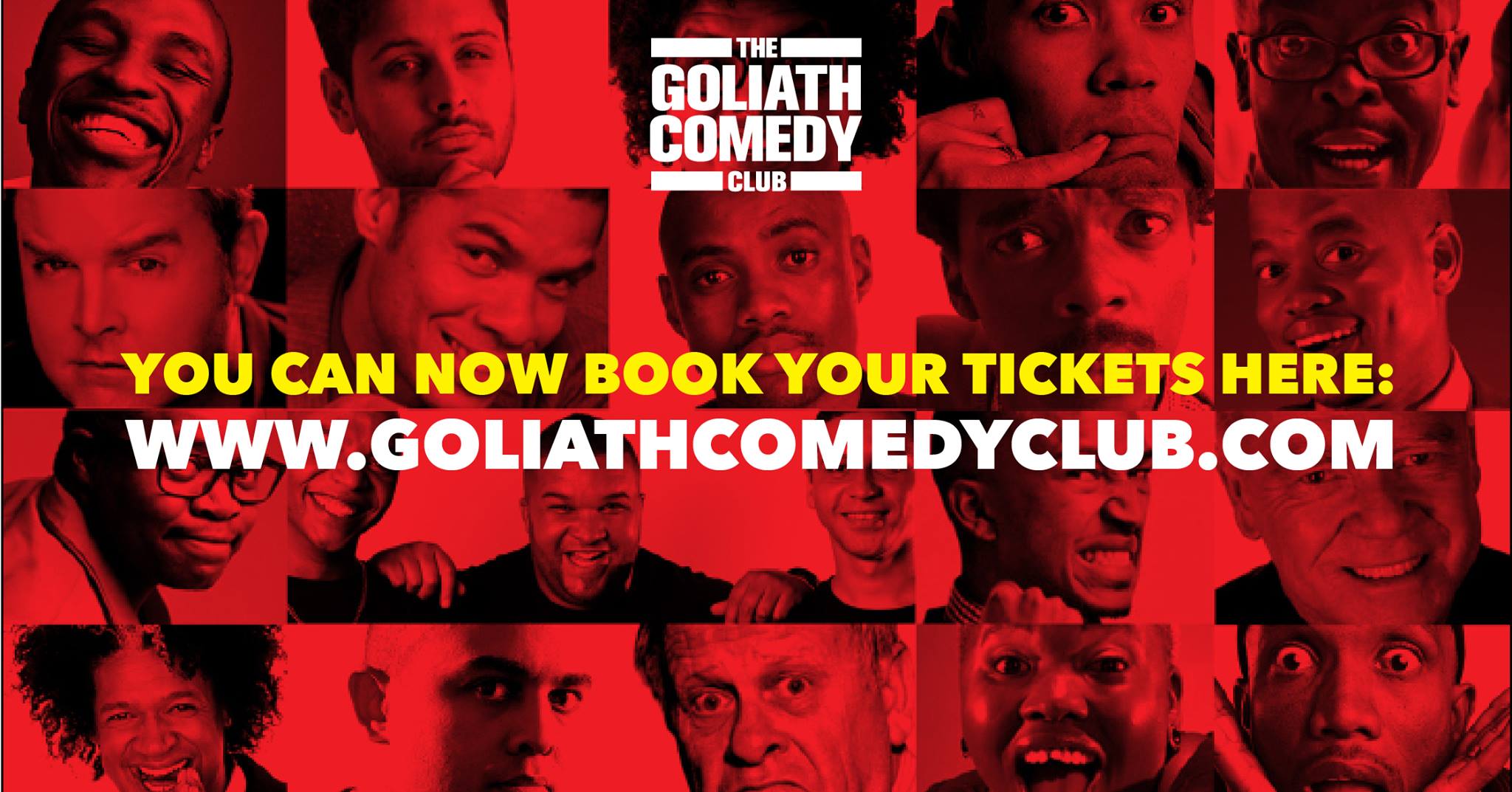 Whether new or a fan of comedy, these tailor-made comedy shows lined up, there is definitely something for everyone! 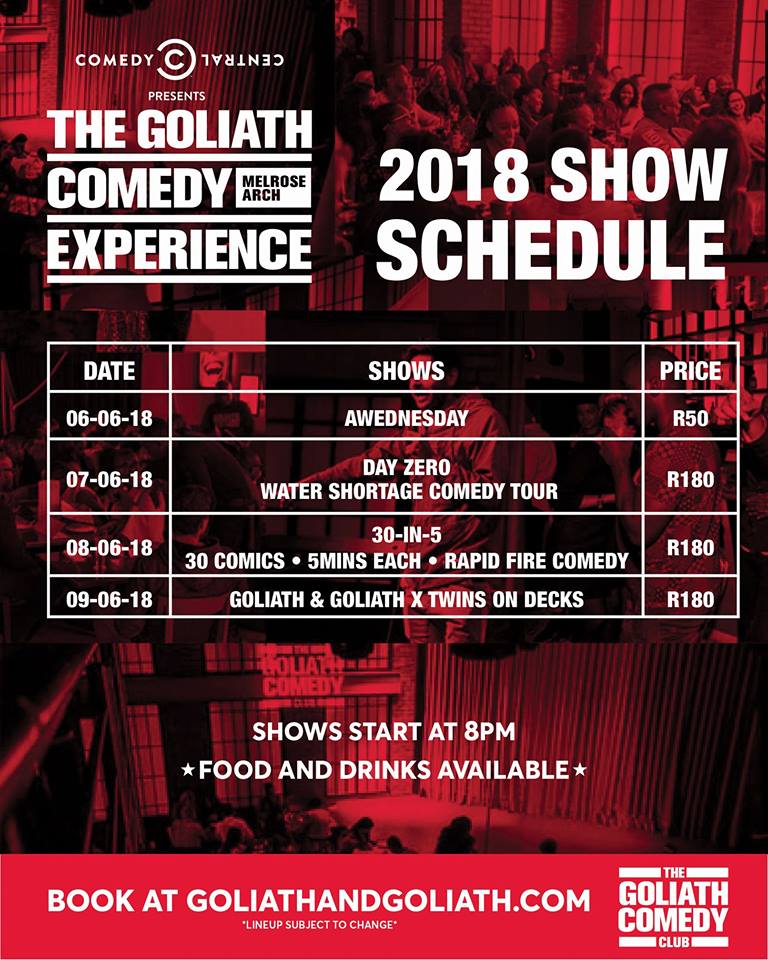 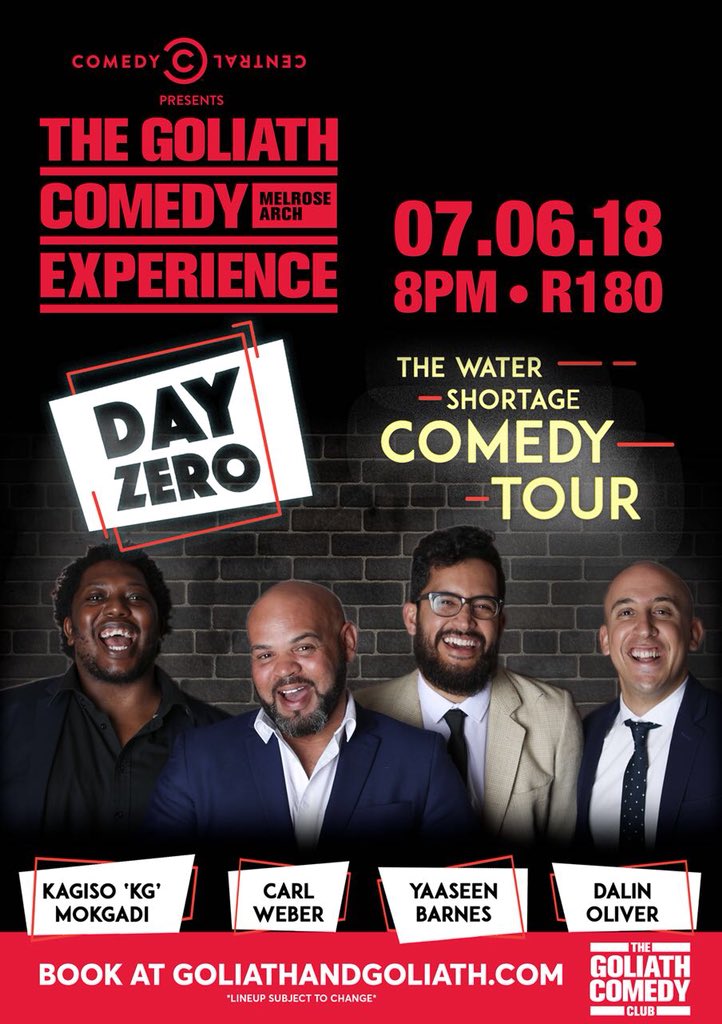 Friday 8 June 2018 – 30IN5: Prepare yourself for rapid-fire comedy! 30 comedians will all be doing 5 minutes each with no host. The line-up is a mix of well-established comics. There’s no specific structure, each comic draws a number out of a hat and depending on the number they choose, that’s where they are on the line-up. It’s fast-paced, witty, entertaining and of course, funny! 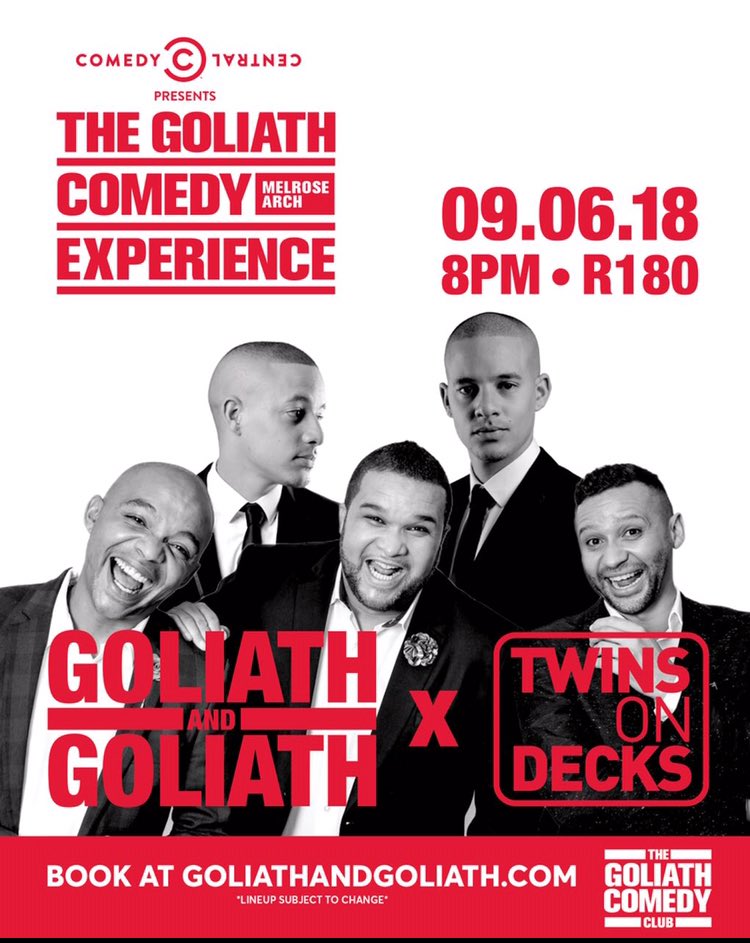 We have no doubt you are in for a night of laughs, memorable jokes and a truly hysterical birthday comedy experience. Book your tickets now. Tell a friend or four and join us at the 2nd Annual Goliath Comedy Experience. Remember to keep it social on heir handles below: